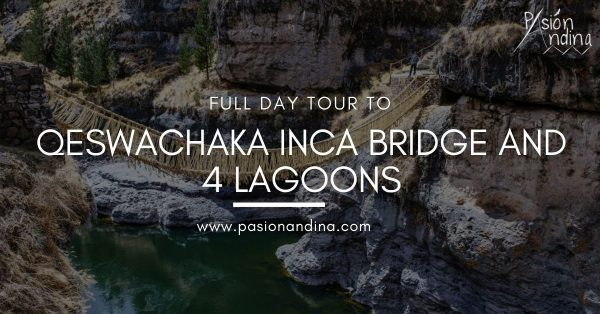 1 day – Day off the beaten track, discovery of the region with its 4 lagoons, magnificent landscapes, crossing of the Inca Q’eswachaka bridge, strong symbol of a centenary tradition.

Indulge in the history of Incas on the full day trip to the only remaining Inca rope bridge built entirely of grass ropes – Qeswachaka Inca Bridge. Pronounced as Keshwa Chaca, the bridge is located in Canas Province in Quehue district near Cusco.

The suspension bridge connects two communities on either sides of the Apurimac river. This was a prominent part of Incas roadway system also known as Qhapaq Nan. The Inca roadway system was built to enhance the connectivity among different parts of the massive Inca Empire.

Qhapaq Nan spans over 25000 miles. At places where Incas could not build roadways due to geographical challenges they built rope bridges. Qeswachaka is one of the last and only surviving bridges built by Incas.

It is 33 metres long and 1.20 metres wide. The bridge is suspended 15 metres above the Apurímac River.

People from the four surrounding communities gather in June every year to refurbish the bridge. This is a four days event. It is recognised by NOVA and BBC. In 2009, the Peruvian government declared Qeswachaka Inca Bridge as a cultural heritage site.

This is fairly a new attraction and is a popular full day trip from Cusco, just as Rainbow Mountain.

There are no reviews yet.

This site uses Akismet to reduce spam. Learn how your comment data is processed. 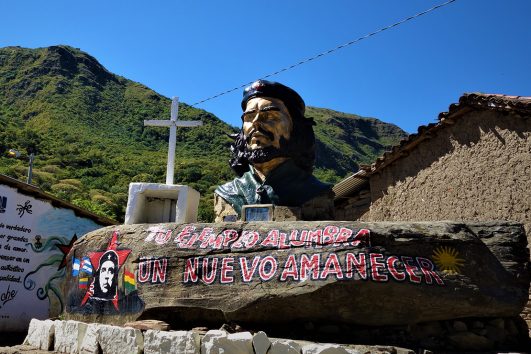 Stay in the footsteps of Che Guevara – Discovery of Sucre, the revolutionary – 4 days of 4×4 through the unique landscapes of the Bolivian South Lipez – Discovery of La Paz – Experience through time in Torotoro 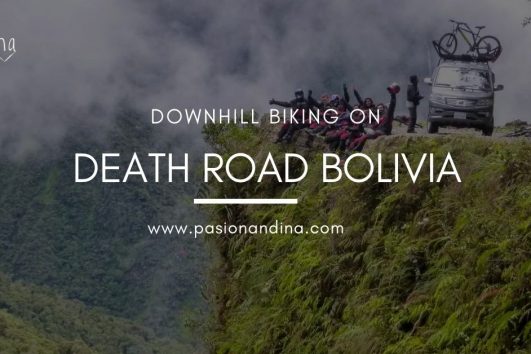 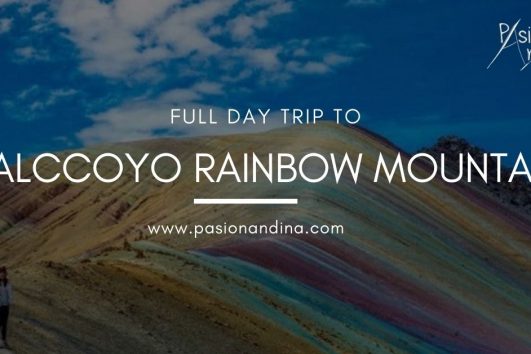 1 day – Discovery of the Palccoyo Rainbow Cordillera, still little known to tourists, day off the beaten track through sumptuous landscapes.